With great sadness we mourn the loss of
John C. 'Jack' Oliver, an American Patriot

Friends, fans and family in Florida and throughout the nation are mourning the sudden and great loss of a wonderful man, an incredible friend and the truest of American Patriots.

When Jack spoke of his family, he spoke of them always with the deepest love, greatest affection, and tremendous pride.

When Jack professed himself your friend, he did so with sincerity and it was a source of pride that he had retained lifelong friendships.

When the effects of illegal immigration ravaged his state, Jack worked tirelessly for years, regardless of personal and financial hardship, to enact E-Verify for the state of Florida. With your help we will complete Jack's dream in the next Florida Legislative Session.

Jack will forever be missed by his family, friends and fellow citizens who recognized him as a wonderful family man, a great friend, and a true warrior in defense of the country he loved so much, the United States of America.

E-Verify for Florida Goes Down in CRC Flames

Continuing a long-standing tradition of squashing E-Verify, the Shamber of Commerce orchestrated another death march for E-Verify in Florida. E-Verify Proposal 29 went down in flames, 12-24, at the Constitutional Revision Commission (CRC) meeting on April 16, 2018.

Floridians for Immigration Enforcement has unsuccessfully fought for the E-Verify employment eligibility verification system in Florida for over 10 years and every attempt has been killed, typically in the Florida Senate. In recent years Floridians for E-Verify Now has worked tirelessly on the issue.

While E-Verify started out very popular in the CRC process opposition grew as Chamber of Commerce lobbyists visited the Commissioners. Votes were 6-0, 19-13, and lastly 12-24.

The Chamber of Commerce launched an effective misinformation campaign. The Chamber states that their organization supports E-Verify at the national level but not the state level. They oppose E-Verify in Florida, or any state, because that would result in a patchwork of laws unfriendly to business. The truthful information is that any employer who signs up for E-Verify may use E-Verify in any state. So where's the patchwork? None, it's just another manufactured argument.

Further, the Chamber spread dire statements of high costs and devastating negative effects which have NOT shown up in the seven E-Verify states surrounding Florida (LA, MS, TN, AL, GA, SC, and NC).

There are a myriad of other essentially manufactured arguments against E-Verify including inaccuracy, new mandate on employers, racist, costly, shortage of Ag workers, and many more. Over a period of years the objections against E-Verify have been comprehensively refuted to no avail. The reason as most already know is that the draw of cheap labor easily overwhelms and can easily out lobby public interest.

Two prominent Florida Republicans voted against E-Verify. Do you remember Carlos Beruf the candidate who widely touted and heavily advertised his pro-enforcement immigration stand during his 2016 Senatorial campaign. Yes, that Carlos Beruf voted against E-Verify. Florida's esteemed Attorney General Pam Bondi, the one often on TV touting the rule of law, voted against E-Verify. To further their hypocrisy, as well as their loyalty to the Chamber over Florida workers, both Beruf and Bondi voted to put Greyhound Racing Ban and Indoor Vaping Ban on the ballot for voters to choose. Wow, let's hope their hypocrisy becomes a stain on their political careers just like AMNESTY has and will remain Rubio's albatross forever.

Here are the final voting results;

Thanks to the masses of Floridians who helped get E-Verify as far as the final CRC step. It's just sad that after 12 years of effort that powerful moneyed factions still condone illegal hiring at the huge detriment of Florida's citizens.

Floridians for Immigration Enforcement has worked for a decade now to have the Florida State Legislature address Florida’s Illegal Immigration crisis by enacting immigration enforcement legislation. To date Republican leadership has blocked over thirty immigration bills meant to protect Floridians from the negative effects of illegal immigration. The Legislature has passed pro illegal alien In-State Tuition and legislation to allow illegal aliens to practice law in Florida. Click here for the full story 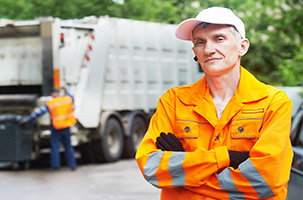 Are there really jobs Americans won't do?